"Nursing Practice Today" (NPT) is a peer-reviewed, open access international scientific journal that publishes original scholarly work which is essential for nurses and midwives who are serious about developing their own professions, as well as providing the best outcomes for the clients in their care. Reports of original research and scholarly papers about all aspects of nursing and midwifery practices that have a sound scientific, theoretical or philosophical base are published. 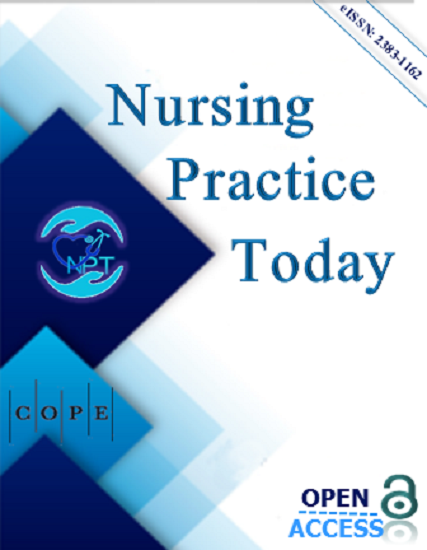